IT Leaders in the NHS | Interview with David Walliker | Part 1 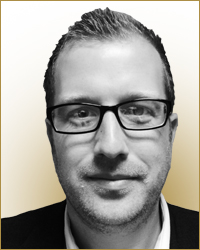 In this 2-part interview, the HCI Group spoke with David Walliker, Chief Information Officer at Liverpool Women’s NHS Foundation Trust. David was recently nominated for the Healthcare IT Champion of the Year 2014 by EHI.

In this first post, David shares his passion for efficiently delivering large-scale IT projects, and his vision for a paperless NHS and clinical engagement.

As a Chief Information Officer, what would you say is your greatest passion?

I think my greatest passion is to lose the idea that we’re technology providers. We have a history – certainly in the public sector, I feel, of over-promising and under-delivering on large-scale IT projects because we’ve got het up as an industry on the solution. So, we want vendor X or Y in the middle and then we try to fit it back out again.  That’s not how it works nowadays, is it?

We’re completely signed up for the vision of becoming paperless by 2018. Whether we’ll get completely paperless is a challenge but we’ll certainly become more streamlined.  I’m passionate that the technology should almost be organic in the middle. Then, it’s how people interact with it and how the information flows back and forth, how that then relates to outcomes rather than, the old-fashioned saying, “Well we’ve got a new PAS in” or “We’ve put an EPR in”. Well, what did that actually mean and how do people interact with that and how do people contribute to that?

How do you see patients interacting with the technology?

We send midwives out, for example, on a visit, that’s about patient contact, so you wouldn’t want to lose that contact. I’m not saying we wouldn’t send the midwives out, but from a clinical aspect, checking the blood pressure and checking general well-being could be done by the patient. It could then be input back in by Bluetooth blood pressure machines back into their medical records, etc.  That would give us a much more holistic view of what’s going on. On a standard pregnancy it’s about six visits.  I think patient / clinical interaction is essential, but we need to understand more, e.g. is she eating sufficiently, is she smoking or not smoking, is she intending to lose weight, what’s her general health?  I think that’s what I’m passionate about, how we involve the patient in their pathway more than just at touch points through the hospital.

What is your experience of clinicians being ready to adopt and embrace technology?

I’ve worked in mental health, in the Ambulance Service in Wales and then here.  I think clinicians will always engage in the process because at the end of the day they want their lives to be easier as well, but then it’s how long can you keep them engaged in a vision.  They’ll all start at the beginning, they’ll all go to the demos and say, “That’s great,” but then as far as they’re concerned they want it tomorrow. Therefore the longer it takes, the more ‘disinterested’ (for want of a better word) perhaps they become.

At this hospital we’re really lucky because we have a really progressive forward-thinking clinical base for our digitised record programme. The programme for that has been a hundred per cent clinically led, which is really refreshing.  When I was in Wales, one of the things I was asked to do there was to put an EPR into the ambulances. I didn’t do it, not that I was unable. I said, “That won’t improve the service”.  The problem in Wales was the ambulances weren’t getting there in eight minutes - putting an EPR in for five or six million pounds isn’t going to improve the patient outcome. It’s just going to make the data capture easier.  So we went down the road of saying, “We’ll actually put in a digital pen solution,” because they can still fill the forms in, and that radically reduces the training requirement.  For Wales that was a really neat fit because of the connectivity.

At the Women’s I’m not selling the vision as much now, the vision sells itself.  But the clinicians have got to lead it and if they don’t; there is no point.

What are your HIT challenges at Liverpool Women’s?

Within our service we’ve got five specialties (Maternity, Gynaecology, Genetics, Infertility, Oncology), and those specialties all have really good specialist systems.  Then, in the middle we’ve got Meditech.  Now, the problem we’ve got immediately is that we have at least five specialist systems plus Meditech with an ADT feed going between them. So, for the people who work in one speciality they’re already on two systems, and then you bring in your pathology system - because our pathology’s outsourced to the Royal Liverpool. So then you have three, and if you work across two specialities you get four.

What we’ve done historically in IT is fixed a localised issue or challenge or problem. Someone’s come along in some area and said, “I want to do X,” and we’ve gone and done it. However, further down the line you’ve got to link that system to another system and then we go, “Actually they don’t talk to each other.” So we’ll put another little bit of midware in the middle of it to get that box to talk to that box, and before you know where you’re at, you create this really complicated environment which sort of prohibits the use of an EPR. As a result people intrinsically tend to use the paper because that’s the bit they can grab easily.  It’s not because they want to use the paper, it’s because it’s the easiest thing to do.  And I think that’s the challenge now, to sort and transform those behaviours.