When health systems decide to pull the trigger on a large-scale healthcare IT integration project, they will often try to keep as much core knowledge in-house as possible. Hiring consultants and vendors is not uncommon as well, but the ship is generally being driven by employed resources of the hospital. This isn’t a bad thing per se, but when it comes to certain aspects of delivering well-integrated healthcare systems and EHR implementation, it’s worth tapping into outside parties who can bolster the overall skill set on the project, and augment your team that may be underprepared for this kind of action. One such resource worth outsourcing for integration: Quality Assurance (“QA”).

Perhaps the most powerful reason to use an outsourced -- i.e. not employed by the client -- QA Analyst is that they are more likely to bring a neutral perspective to the systems integrated and the overall project. When the same resources who defined and/or developed the solution are testing it, there’s a tendency to see what they intend to (or should) see, versus what is actually there (or not there). It’s the same argument for why an author shouldn’t edit their own book; they’ll read what they meant, not what they wrote.

Picking up on blind spots can be tough when you’re knee deep in building APIs, defining tables, and understanding workflows. Having a tester who is dedicated to the fidelity of expected, documented outcomes and willing to speak up when something doesn’t appear to be functioning or populating as expected is critical.

#2: Seasoned Testers Use Systemized Protocols To Minimize Health IT Fallout

Speaking of documentation, seasoned QA resources will generally be able to quickly and effectively define test cases and acceptance criteria (where it may be lacking) to quantifiably measure “doneness.” In addition to a systematic, defined process for testing every aspect of the integrated systems and components, this is 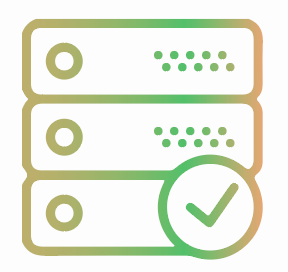 also a tool that becomes clutch when entering into regression testing (which we’ll discuss further in a moment). Because healthcare IT integration efforts necessitate a lot of back and forth (or connect, tweak, and retweak), it’s important to unleash a professional tester on the job to re-approach changes with a critical eye and razor-sharp attention to detail.

#3: Regression Testing Is Only As Valid As Your QA People

It’s not uncommon for regression testing to be treated as a check box to be checked, without a lot of concern for what really goes into this step. But if you’re not relying on formal Quality Assurance resources for regression testing, then you might as well give up the illusion and admit it’s not valued on a given project. (This would be unwise, but at least it’s honest.)

One of the pitfalls of inexperienced or amateur testers is that they may (especially toward the end when anticipated Go-Live dates are coming in hot) shortcut validating bug fixes and regression sweeps by just looking at what has been (allegedly) fixed. They run a “smoke test,” see that the offense is remedied, and call it “Done.” But it’s a true testing pro who will bring back out there documented test cases, run through the scenarios again, and ensure that nothing has broken as a result, and that critical data points are still moving from Point A to Point B.

Don’t Skimp On Testing For Health IT Integration Projects

Experienced QA Analysts bring an eye for detail and a willingness to surface ugly facts that integration projects must embrace to truly deliver a solution that is capable and sturdy. Relying on a part-time, wannabe tester is ill-advised, and in our experience, you won’t regret bringing in a QA consultant to provide the objective view that could very well save your implementation efforts from falling flat...or breaking the rest of the system.