When health systems take on an EHR implementation project, there are many players and components that have to play nicely to make it over the finish line after Go-Live. There are IT systems/programs, new workflows, on-going training, organizational politics, and budgets to contend with, all of which contribute in large or small ways to the success of the project team. One of the most important elements we’ve seen when it comes to EHR implementation for health systems of any size or complexity is good communication channels.

The reason we stress communication channels is that even the most eloquently composed email doesn’t do any good if none of the stakeholders check their email on a daily basis. (Admittedly, this is hard to imagine as a valid excuse in a professional setting, but we’ve nevertheless heard C-Suites advise, “Don’t email me…”) Establishing at the onset of the implementation kick-off how to keep channels of communication open and prioritized can make or break you. In their absence, progress will be slow moving, and resource bottlenecks can absolutely derail the best laid project plans.

Here are 3 communication channels that we’ve found to be effective for the entire implementation team (including resources at all levels in the health organization)...

Finding a communication hub/app that is easily accessible and user friendly for the whole team is a great way to keep everyone in contact without necessitating a constant barrage of emails in your inbox. There are free tools that enable users outside the organization to join as well, such as third-party vendors, IT implementation consultants, or contract resources. Typically, the UI of these apps are similar to an Instant Messaging application, which, while never gaining critical mass in terms of use within most traditional organizations, still holds the promise of instant, documented communication.

The persistence of information in a single tool makes it easy to circle back on conversations, track progress, and save documents for easy reference.

Though the IM-like aspect of these apps may lend itself to less formal communication, it should nevertheless be leveraged as a tool to help professionals meet a goal. Best practices in our experience include removing unnecessary chatter channels (such as the #random default channel with Slack), which otherwise quickly becomes a repository of memes and invites to Happy Hour. If that’s your company culture, embrace it and have at it! But if you’re a suit-and-tie kind of group, eliminate those channels and make sure you’ve established some ground rules for using the tool well.

Weekly touch points are critical for ensuring progress is being made and any implementation project blockers are addressed swiftly (or at the very least known). These should be understood as mandatory, and every effort should be made by the health system sponsoring the EHR project to honor that time for all resources involved. (In other words, don’t schedule a company-wide inservice during this critical touch point.) 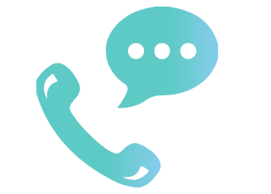 The best project managers we’ve seen -- admittedly, many of them from our own team of talented PMs -- circle back with key resources prior to the weekly stand-up meeting to ensure everyone is clear what they’re expected to bring to the meeting. This should not be a listen-in-on-mute experience (as these are often web conferences to connect geographically separated resources), but rather something to which people show up with notepads and Second Coffee in hand, ready to do work.

The PM may drive this meeting, but everyone in attendance should have skin in the game. And there’s nothing wrong with making that known from Kick-Off...especially if there is a deep culture of meetings-for-meetings-sake in your organization.

Set your team up for success by scheduling regular meetings when you’re most likely to get the best out of your folks. Several studies have shown that Tuesday afternoons are the optimal window for important meetings. It’s beyond the bustle of Monday, but still early enough in the week to get prime attention and allow for potential issue remediation before the weekend hits. And according to Fast Company, meeting after lunch means you won’t be side-lined by hangry colleagues.

#3: Sometimes You Just Have To Send An Email

Inbox clutter is very real, but it’s also often an excuse for ignoring a critical communication path. Too many emails? Unsubscribe with reckless abandon, set some folder rules, and train your team what will get a response (and what will get canned). Beyond that, remember that it goes both ways.

When you’re sending an email, follow these simple guidelines to make the most of that communication:

Learn What Communication Channels Work For Your Implementation Team

At the end of the day, the best tools are whatever will keep your EHR implementation project humming along. Three cheers for carrier pigeon if that’s the crowd favorite for information flow, but establish the best communication channels early on, and pivot to something better if those tools no longer serve your needs.

Questions or comments? Please let us know below.

Stay up to Date on the Latest Healthcare IT Trends, Tips and Best Practices